We Deal in Lead

The Other Worlds Jam (#OtherWorldsJam) opens for submissions on 12 September. Use the free SRD to make an adventure, world, NPC, or random table for We Deal in Lead!

You look to those closest to you, fellow gunslingers of the Order of the King. The arduous trek across the bleached desert is over and now you stand before a slip door. Though tested, the fellowship of your Order stands true.

You grasp the worn sandalwood grip of your artefact gun and twist open the door. You gasp as the sharp sea air hits your lungs. Gulls caw and the foam sprays your face like a baptism. You step through to another reality.

After all, there are other worlds than these.

We Deal in Lead is a weird west wanders TTRPG by Colin Le Sueur for 1 or more players. Streamlined rules, fast character creation, and gameplay built on exploration and player choice. Based on Cairn by Yochai Gal.

Itchfunding is an alternative to typical crowdfunding methods like Kickstarter and is more flexible and less stressful for creators. Unlike Kickstarter, there's no hard endpoint for the campaign or risk the funding will fail. The campaign remains open and the book remains in development until the funding goals are met.

You aren't funding a final product (though you will get a release PDF and physical copy, if you choose that level of support), but you're funding the development and progress of We Deal in Lead.

We Deal in Lead is in active development. When you purchase it, you get the Ashcan Version, the latest and greatest version currently available, and any subsequent updates. Any payments you make go toward improving the book with art and editing.

When we hit each funding goal, the PDF will be updated with the result (the first milestone is the cover).

We Deal in Lead Itchfunding has now closed. Pre-orders are now open on shop.byodinsbeardrpg.com.

UNLOCKED - Goran does amazing work and his style fits perfectly with the theme and feeling of We Deal in Lead.

If the project hits £250 I'll commission him to do a full-colour A5 cover.

UNLOCKED - If the project hits £500 I'll also be able to commission an editor to bring a professional and critical eye to the game to help unlock its true potential!

I'm delighted to announce that Fiona Maeve Geist will be coming on board as a developmental editor. She's worked on some amazing projects (if you're like me, you've got loads of the books she's edited) so I can't wait to see how she'll shape the book!

UNLOCKED - I've got a long list of amazing artists that I'd love to commission for this project and if we hit £750 I'll make that a reality!

UNLOCKED - If we manage to hit £1000 I'll upgrade the physical release with better paper and colours. Full details to be decided!

UNLOCKED - Thanks to the staggering response, I've decided to expand the original goals. If we hit £2000, I'll upgrade the physical zine release to a full-colour hardcover release!

If unlocked, everyone who's supported at the Physical Release level will now get the hardcover version.

UNLOCKED - If we unlock the hardcover goal, the next goal is to improve the quality of the hardcover with a sewn binding and fancy endpaper colour.

Having a sewn binding is the ultimate in quality, so I really hope we hit this goal!

UNLOCKED - Why not take the opportunity to commission more artists and get even more cool interior art?

UNLOCKED - After we fill the hardcover with even more art, why not make the endpapers a bit more colourful?

UNLOCKED - What's Western without a rousing and atmospheric soundtrack?

If we hit £3250 I'll commission Of Sleeping Bears to create a 6-track EP Spaghetti Western/synth soundtrack.

Your purchase gets you the Ashcan PDF version of We Deal in Lead and any and all updates. This is the core game but without art or layout.

Purchasing the Physical Release reward gets you access to the PDF as well as a hardcover printed copy of We Deal in Lead when it goes to print, shipped from shop.byodinsbeardrpg.com.

Ships to the UK, US, Canada, and the EU. Shipping costs will be collected separately at a later date.

Due to the unpredictable nature of crowdfunding and worldwide paper shortages/shipping delays this may not be for some time. 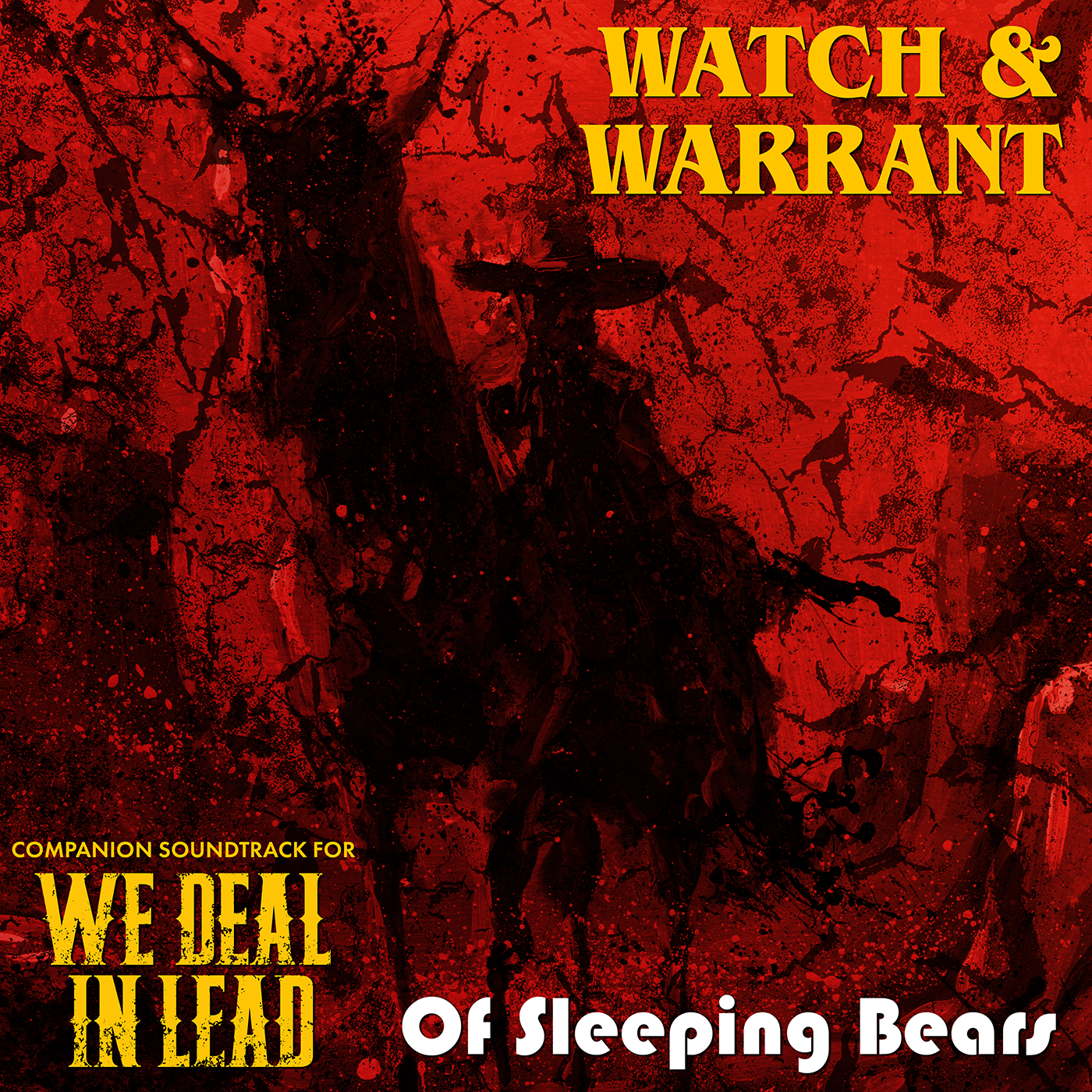 Of Sleeping Bears has done an amazing job with Watch & Warrant, the companion 6 track EP for We Deal in Lead.

All 6 tracks are included with the Ashcan PDF and Physical Edition.

I'm currently taking retailer pre-orders for We Deal in Lead (hardcover), so if you're a retailer (online or bricks and mortar), email me at colin@byodinsbeardrpg.com to arrange a wholesale order.

Or you can find our store at shop.byodinsbeardrpg.com.

The tales of the Gunslinger and the Dark Tower have lived inside my head since I first read the novels in high school. A broken world, the last gunslinger in his quest to find the meaning of existence, his motley band of fellow gunslingers. There they stayed, locked away, every so often bubbling up to the surface. I've been searching for a way to translate the worlds of the Dark Tower into a faithful, exciting, engaging TTRPG and I think I've cracked it.

We Deal in Lead is the Dark Tower filtered through my personal roleplaying experience, using the excellent and modular Cairn system. Make the broken world your own and forge new adventures. Stand true, gunslingers!

Absolutely dripping in flavour, We Deal in Lead feels ripe to create a dark fiction environment. I particularly like the rules for the order/ breaking the order and it sets up a great narrative arc leading out of a major loss, which is fantastic.

First come smiles, then lies. Last is gunfire.
This has not only the mechanical prowess to accomplish its genre/setting emulation, but the soul. I cannot wait to assemble my ka-tet and ride!

If you have additional questions, would like to schedule an interview, or have any other questions please feel free to reach out via email: colin@byodinsbeardrpg.com

Here's a recent playtest of the v0.10 rules and a preview of the introductory scenario. Thanks to Joe and Phil for helping me with the playtest!

Second playtest and actual play. Thanks to Jeremy, Kent, and Ryan!

Third playtest and actual play. Thanks Jack, John, and Wendi!

In order to download this adventure game you must purchase it at or above the minimum price of £10 GBP. You will get access to the following files:

If you're marginalised or in need, please claim a Community Copy! In return, please leave a rating as it helps me out enormously! 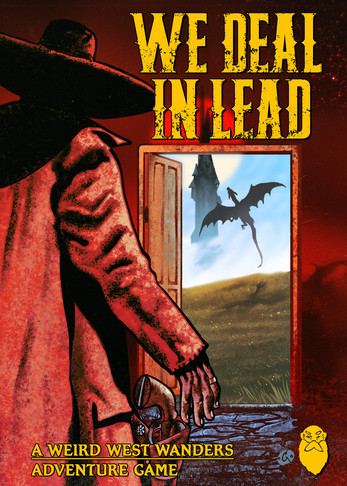 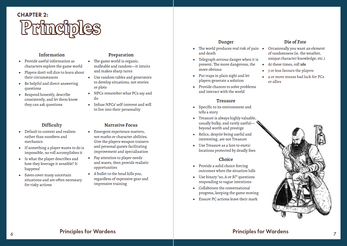 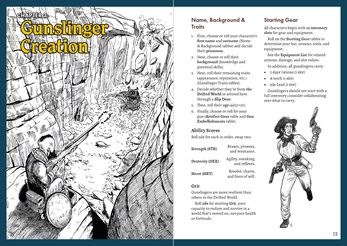 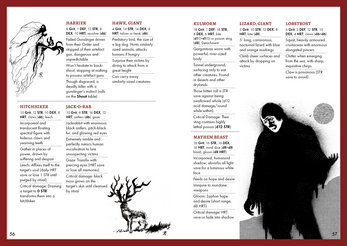 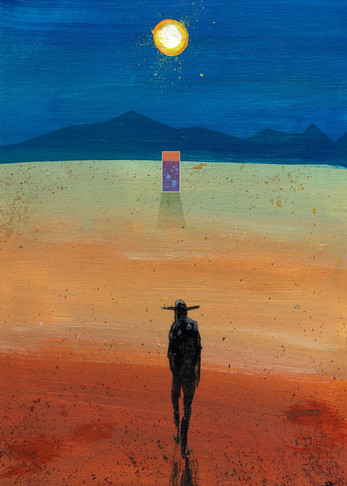 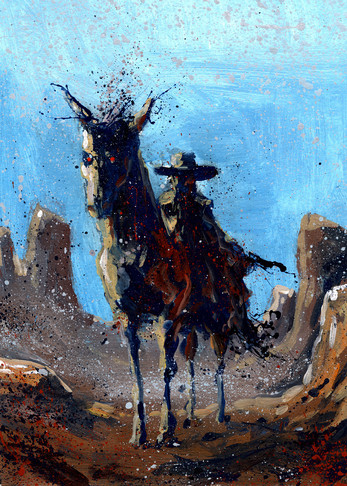 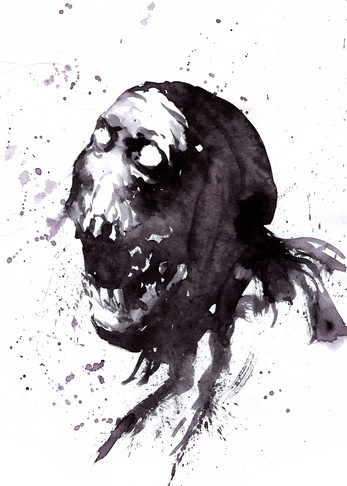 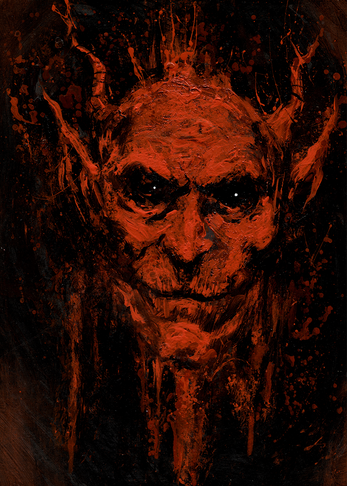 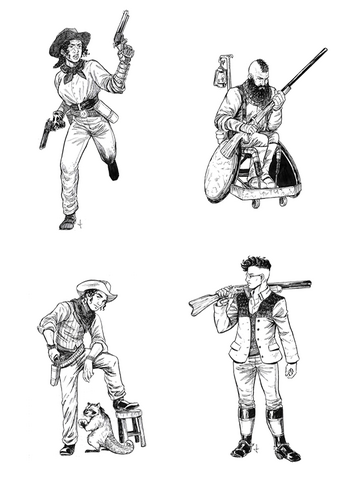 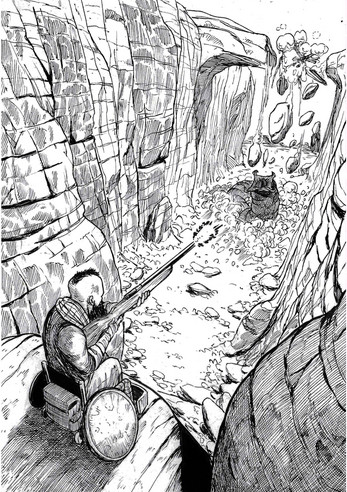 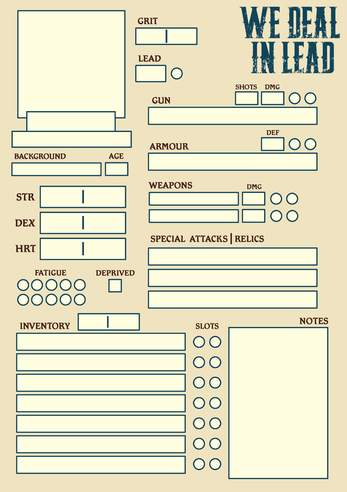 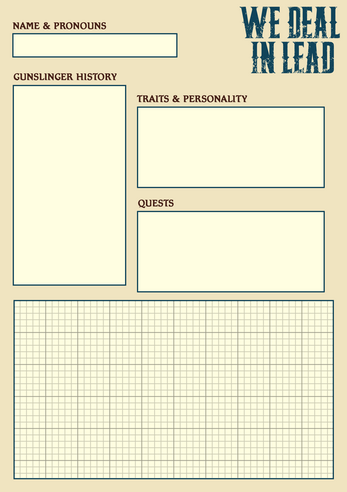 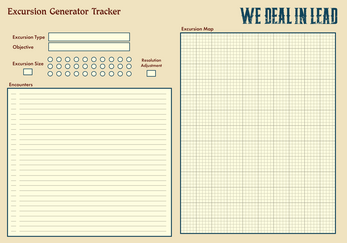