The world as you knew it is gone, destroyed in the war that was. You awake in crumbling ruins, lost and trapped in a cycle of death. You must seek the fire within and escape to weave your own fate.

You are an adventurer, lost and adrift. You must navigate the Cave of Echoes, retrieve your weapons and equipment, acquire your mead flask, and overcome the stone demon to escape further into the Nine Realms.

Beneath the Broken Sword is a 12-page, black and white adventure for Norse fantasy tabletop RPG Runecairn, and serves as an introductory dungeon crawl for new adventurers.

Beneath the Broken Sword Includes:

Beneath the Broken Sword really works. It teaches the player how to play the game, and the Warden how to design new levels. It's compact, to the point and well written. The layout is good, and in keeping with OSR+ design philosophy.

The adventure name Beneath the Broken Sword was generated by Chris Bissette's random adventure generator and this adventure has been submitted into the Random Adventure Jam.

In order to download this adventure you must purchase it at or above the minimum price of £3 GBP. You will get access to the following files:

Support this adventure at or above a special price point to receive something exclusive.

If you are marginalised/in need you can claim a free copy of Beneath the Broken Sword. In return, please leave a rating as it helps me out enormously!

By Odin's Beard RPG255 days ago

Here’s a great solo playthrough of Beneath the Broken Sword from Stoneaxe Tabletop Gaming!

I enjoyed reading this, and Runecairn core rules! Together, they adapt Dark Souls mechanics and level design very well and have a nice atmosphere. If you're familiar with Dark Souls, many of the encounters feel very familiar, but as a player, I still might have fallen for the tricks and traps the first time facing them.

The combat system is faithful to the spirit of the Soulsborne video game series but I think you need to have played the game to get a sense how it's meant to look and feel. And if you've played the game, it's hard not to be reminded of the specific mechanic or part of a level or story that Runecairn/Beneath the Broken Sword takes inspiration from, which can be a bit jarring.

Regardless, as a starter adventure for Runecairn, Beneath the Broken Sword really works. It teaches the player how to play the game, and the Warden how to design new levels.  It's compact, to the point and well written. The layout is good, and in keeping with OSR+ design philosophy. Reading the PDF, I would have hoped for a minimap for each area to avoid scrolling back to the map page.

A lot of RPG folks like me are trying to work out how to make our favorite fantasy action rpg into a tabletop version, and Runecairn showed me how! Runecairn and the starter adventure should definitely be read and purchased together.

Thanks for the thorough review, I really appreciate it!

I’ll definitely look to include your suggestions in the future.

It's interesting how Souls games mechanics and game loop is so entwined with their level design. Souls without its levels is just another video game with weird balancing. With the level design it's pure genius. :)

Beneath The Broken Sword is a starter adventure for Runecairn---a Norse Dark Souls osr adventure game.

The PDF is 16 pages, with a very well organized layout and some great crisp and evocative illustrations. There's a full map and a helpful overview to give the adventure context, and the whole thing feels very clean and easy to run.

Broken Sword, as a Runecairn adventure, is meant for duo play. It also has some noticeable crunch to it, and losing the game due to careless play (or extreme misfortune) is possible.  That said, Runecairn's system is not unforgiving, and it allows you to come back from death a number of times equal to your Vigour. In true soulslike fashion, there's also a bonfire, minor enemies respawn, and progression is hard-won.

The adventure's feeling is *very* soulsy, and there's everything from soapstone messages to red invaders to you can do it skeleton in the text. This produces a nagging sense that maybe in-universe the player character is an avatar in a video game, but I don't think that's necessarily a bad spin on the setting. And the gameplay is compelling regardless.

Everything that works in Dark Souls' normal gameplay loop works here. There are listless, non-responsive creatures in the first room. There's a difficulty spike starter boss. Important elements of gameplay are tutorialized, but not in a way that requires any direct explanations (getting ambushed by skeletons teaches you to check your surroundings; seeing a stone fall out of a wall teaches you to check for hidden doors.)

Beneath's dungeon isn't particularly long, but it does have quite a bit of combat and it's almost a textbook starter area. It feels very polished, and there's plenty of room for the GM and player to lean towards or away from roleplaying.

Overall, if you're looking for a moderately crunchy duo trpg, or if you're a fan of souls games, or if you want to see a stellar adaptation of video game mechanics to tabletop, I would strongly recommend giving Beneath The Broken Sword (and Runecairn) a shot.

Thanks so much for this thorough and detailed review. I really appreciate it! 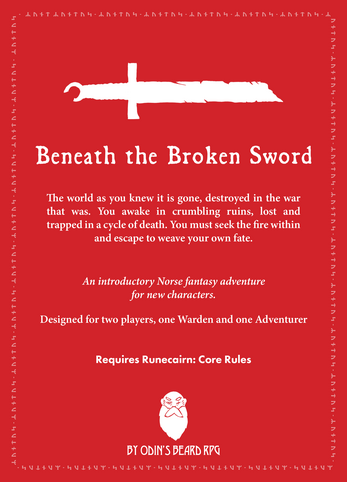 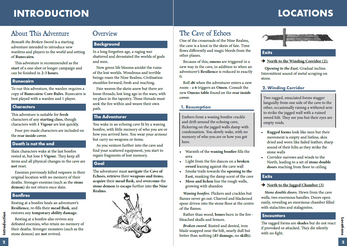 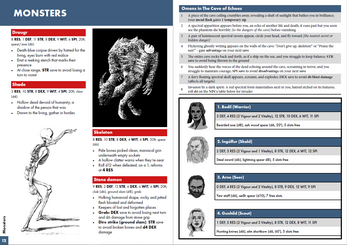