The hunched beast prowls the forest, sniffing at the still air. The roiling sky flashes and thunder breaks ther silence. The time is near and the beast senses it. The monstrous form bounds toward the darkened village, a demonic howl in its throat...

Shipwrecked on a perilous shore, a group of adventurers cross into a blighted land and confront a deadly and cursed apparition. Can you unravel the mystery and solve the Barghest's curse before it devours your soul?

The Howling Caverns is a 56-page, black and white adventure for D&D 5th Edition, with a setting inspired by gothic horror and English folklore. Set in the world of Boroz, an accursed and mist-shrouded land filled with dangerous creatures and eldritch influence.

"...well done with decent interactivity and good writing and layout. It builds tension... Impressive effort for a first offering and can easily trump a lot of WOTC/Paizo offerings."

"I ran this as a first-time GM and it was great! Some inventive uses of monsters from the Monster Manual as well as some unique ones. This adventure was a great introduction to being a GM for me and a good introduction to tabletop gaming for the players!"

The adventure continues with Colossus Wake, the second book in the Eldritch Mists campaign:

In order to download this adventure you must purchase it at or above the minimum price of £6 GBP. You will get access to the following files:

Support this adventure at or above a special price point to receive something exclusive.

If you are marginalised/in need you can claim a free copy of The Howling Caverns. In return, please leave a rating as it helps me out enormously!

I'm running this tomorrow and looking forward to it a lot, even though I made it hard on myself by (trying) to scale it for lvl 6 characters.

Do you have an idea of how many sequels you're going to do?

Awesome, good luck with the run! I’ve got at least one more sequel planned but possibly more in the future too, but we’ll see how things go!

We got delayed a week, but we're having fun. There's a bit of the sentence missing at the beginning of page 7 (page 6"there are tracks here,a"  page 7 "but with humanoid hands"). And my characters wanted to know more about the temple that Harking is in.

My players like the urgency of the curse which keeps them from poking around too much or taking too many rests.

We finished the adventure today. The players ended up teaming up with Gerplak to defeat the boss. Since I'm not sure what the next adventure is like, I made it unclear if she's dead or teleported out at the last minute. I'm ordering Colossus Wake from Exalted Funeral tonight!

We were curious about the stone lion. I'm assuming it was meant to protect the armory, but one of my players suggested that there could even be a magic item under the stalagmites that has been buried by stone over so long that detect magic can't see it. I could see a cool quest coming from that, where the players discover the stone lion defeated and the stalagmites destroyed and then have to go after the person who did it.

Thank you again for a fun adventure!

That’s awesome, thanks for sharing your experience! Colossus Wake has some hints to the origin of the stone lion, or at least more information about the wizard who created it.

If you run Colossus Wake, please share the result as well! 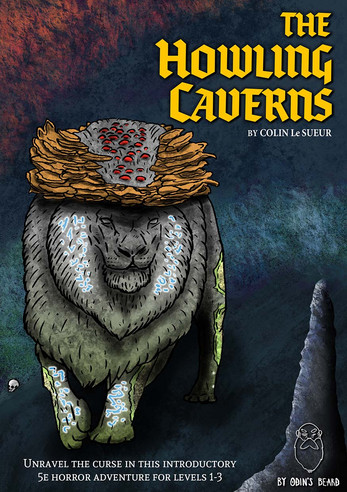 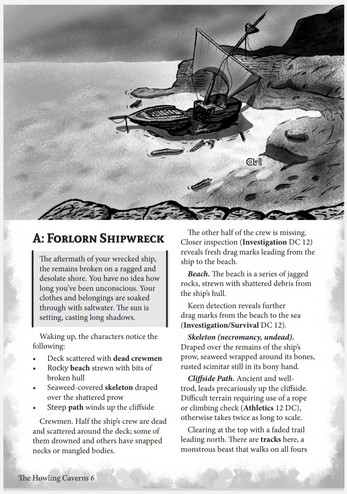 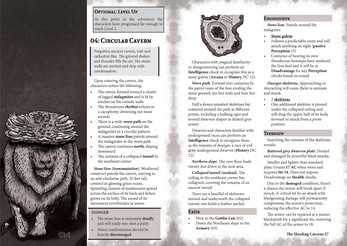 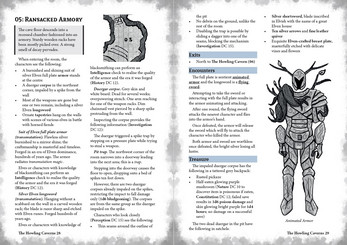